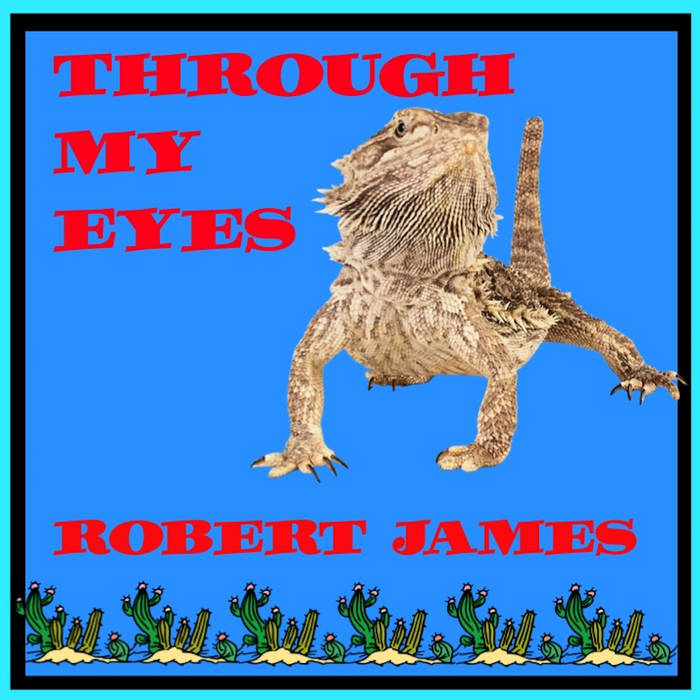 Through My Eyes. The song that made me want to do an album in the first place. This track was lifted from the Desolation Sound release. Local Vancouver acts. A nice concept. The moment I heard the first mix of this song I was hooked. It came blasting out of the big speakers at Desolation Sound. Like lava. It washed over me. It didn’t matter if I was on the right path or not. As far as the world revolves. But it was the right path for me. And I knew. I didn't want anyone calling the shots for me. Ever again. I'd spend the rest of my life working my ass off at a day job just so I could keep recording what I wanted. Put out my own CDs, whatever it took. Drive myself to exhaustion just to make music. If I manage to make an extra dollar, it's back in the studio I go. God made a machine. Not nearly as tall as the Eiffel tower. A machine nonetheless … xoRJ

Nice face - has it ever been to China
Sent a postcard and wanted to remind you
The view behind the wall is great
Through my eyes ..

Thought of you when I saw the Eiffel tower
Clouds had menaced promising a shower
A new world every seven days
Through my eyes ..

Foreign country life is getting out of hand
In a language I don’t even understand
Every face looks so afraid
Through my eyes ...

Look around it’s anything to do you in
Big boys still take it on the chin
You build a life like working clay
Through my eyes ...

Special Thanks to:
Kirsten Nash: Most excellent memories! Thank you!
Malcolm (Uncle Mal) Summersby: You’re a star, baby!
As always, my three F’s: Family, friends and fans. You cats rock.
Just like lizards … Most of all this is your album.
*To see individual track listings and album art
please click on the song title …