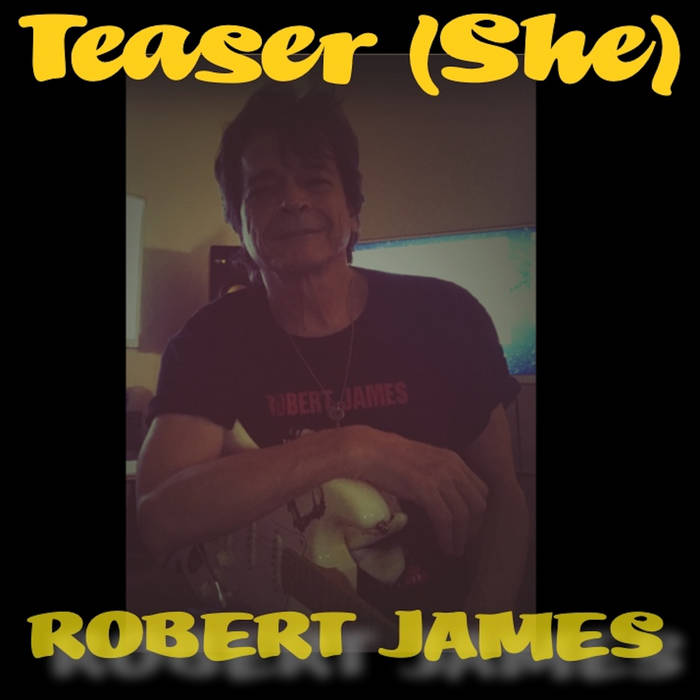 Teaser (She). Devil’s on her shoulder … whispers in her ear. That sounds about right. But the shoulder is mine. And that Devil is actually a ring of angels giving me lyrical suggestions. They can be mischievous as well. Around here they’re just leprechauns with wings. “Teaser (She)” made her debut on the lifeboat edition. She was one of the last few songs included in the compilation. New kid in town. The music itself was quite straight forward and that road was paved pretty quickly. The verse pattern was lifted from the vault. From a song that was never completed. I’m not sure there was ever a title attached to it. I wrestled with the lyrics. Which doesn’t usually happen that often. Too many choices. A plethora of choices, if you will. At least five re-writes. Sadly, there were plenty of great verse lyrics unused. Off to the vault with you. Be gone. I decided not to write my version of War & Peace. Kept the song at a respectable length. All in all, I hope I managed to tell a good story. Aquarius. Sagittarius. I’ve just realized they’re both in my chart. Silly. See what I mean? The title itself was inspired by the great Tommy Bolin album, “Teaser”. Such great grooves on so many tracks. Playful. And that’s the spirit I was after. The vault offered that idea nugget and I was off to the races. The Vault. Like having a permanent ace up your sleeve. Blesses. We had a bit of work to do on this one. But not much. A few small messes in aisle number three. I like to think of this as my little Britpop number. Although I’m not entirely sure what elements Britpop contains. No matter. It sounds foreign to my catalog. In much the same fashion that a song like “Body Stalking” does. So it’s Britpop until you inform me otherwise. I had visions of adding a Reggae number. Well, that's how it started off. I swear there are ghosts in this room. Always changing the song's parameters while I'm asleep. Mr. Bert and the muse, I guess. It’s a sassy little number in rehearsal. Playful. There’s that word again. Or like we used to say onstage .. we’ve got a toe-tapper for you. Your little toe-tapper. I was secretly hoping you’d pick this one. A chance to finish that one section. Saturn. So I got my wish. And then I was stumped. What do I do with that last little section? Let’s have fun. What’s that word again? I suggested we use sound effects. Rhett wanted to put his own stamp on things. Fast forward an hour or two. He’s gone through the entire menu and wants to hear them again. We’ll never understand why he chose the sounds he did. Influenced by angels? Or leprechauns with wings? I’ll take my chances on the latter of the two. But great news. We all survived another happy accident. I haven’t added this one to the live show yet but it’s just a matter of time. Just give me a moment to get those leprechauns with wings on board … xoRJ

She doesn’t answer when I place another video call
Feeling disconnected .. more or less expected
Flag down a taxi - “cabbie, take me to the Crown”
Heart starts racing .. she knows I’m chasing her

To the cabbie she is golden .. surely gets around
Uptown, downtown .. keeps the fleet a’rollin’
Devil’s on her shoulder .. whispers in her ear
“Keep him waiting .. you love it when he’s chasing you ..”

Outside looking in .. can’t seem to break the glass
See her everywhere .. nowhere in particular
Reads her daily horoscope .. says I’m not her type
Says she’s an Aquarius - or maybe Sagittarius ...

(The electronic angel sings once again .. akin to a redo dream .. )

from Kizza Me Now, released May 20, 2019
RJ: Lead Vocals & Electric Guitars
Astrid Ash: Bass Guitar
Rhett Black: Drums & Congas
Beaverdell Humes: Keyboards, Electric Guitar & String Arrangements
Backing Vocals courtesy of CandyLand Glee:
(RJ, Astrid, Beaverdell & Rhett) The electronic angels helped out as well.
Umm. And we let Rhett choose the sound FX. Big mistake.
Only a million to choose from and Rhett had to hear them all.
Special thanks to Beaverdell for the harmony guitar parts.
It felt like the 70's all over again!