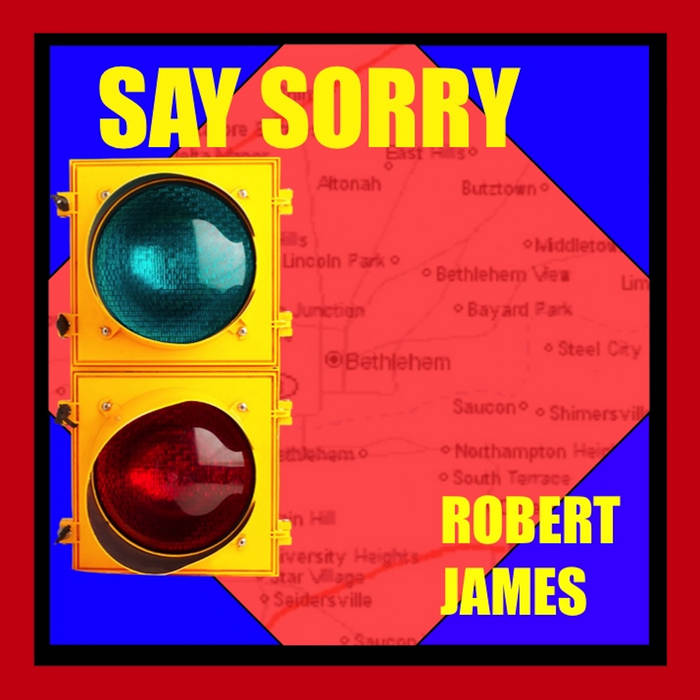 Say Sorry. Just my classic riff-rocker. The main riff is just a tiny bit deceptive. I love that. It all started with a basic drum pattern, sometimes I'll hit the drum machine while doing chores around the shack. And that may just explain why I'm still single. Anyway. In between my washing and drying dishes, I picked up a guitar and started banging out the opening chords. I fell in love with the staggered riff and started humming along. The lyrics would come the following weekend, but that's another story. A horror story to be sure. Uncomfortable at best for this Capricorn. Public scenes are shunned but at least I’m the referee. It wasn’t the riff that started the rift but replaying the night’s events, it would certainly make a good soundtrack. A score to settle, if you will … xoRJ

You’ve torn your dress; your face is a mess….

Special Thanks to:
Pro Tools and Landr … a worthy righteous combination …
The usual suspects: Fender, National, Gibson & Ovation guitars.
Amplification by Fender, Traynor, Marshall & Gretsch.
Special Thanks to Malcolm Summersby. MAS design.
Kevan Van Keith & Mark Gordon.
As always, my three F’s: Family, friends and fans. You cats rock.
Most of all this is your album.
Special dedication to my StarMan … You’ve torn your dress.
*To see individual track listings and album art
please click on the song title …