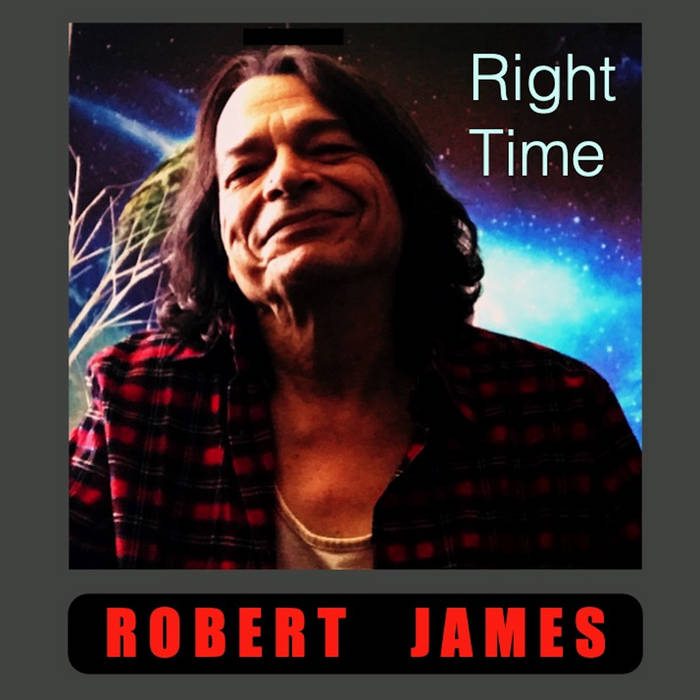 RIGHT TIME. “An astral traveling vagabond.” The last song added for this release. Very spur of the moment. I lovingly refer to this little ditty as recovery’s last road. The last of a few songs written while I was recovering from my undisclosed illness. You know you’re on the mend when you stare at the pages and realize these songs are ready to go. Gee. You look at the lyrics. You can hear the drums. You haven’t got the guitar parts nailed yet but you can hear them in your head. Hey, body, let’s hurry up and get well. We’ve got work to do. We’re now at least one hundred and three songs behind. Here’s an insane twist. I first played part of this progression to my friend James Skyy. During the LIZARD ON A ROCK sessions. Just that little quick progression based around the E7sus position. Play that little progression slowly and you’re asking David Gates of the band Bread to write the lyrics and melody. Insane. Okay. I don’t know how I managed to resurrect it. Hadn’t played it in years. But stumbling upon it once again. An old friend saying hi. Exactly like that. The lyrics may seem trifle or superficial. The whisper spoke in riddles. The lyrics mean everything to me. Each line has a special meaning. A beacon home. On any other Thursday. I was born on a Thursday. Thursday’s child has far to go. That cat. So, yes. Trifle and superficial to most. It’s so funny thinking about it now. No lyrics at all. Just that slow plodding chord progression. And now. Look at you. Firmly entrenched in the number ten spot. Look at how you shine. Complete. And aptly titled. I can be certain of one thing. This is not an alternate truth … xoRJ

Okay … I smile … then grin
Then take my place

Okay … I smile … then grin
Then take my place

Show them how you shine
This is the right time …