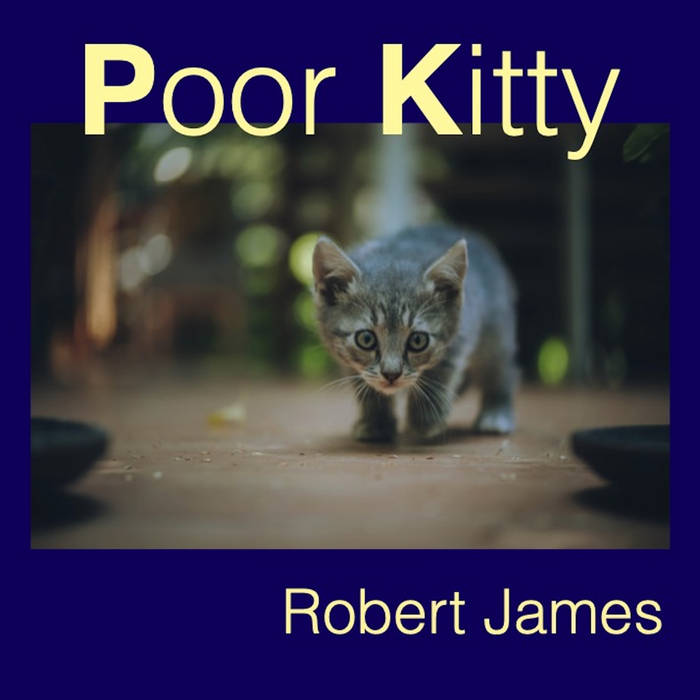 POOR KITTY “Fending for yourself, out there ’til the cows come home.” Love this tune. It kicks royal butt. Just what was needed for the fourth slot in. There’s a YouTube clip of a rougher version of this track featuring a former bandmate and great friend giving this song the old what-for, as Uncle Mal used to say. Jadran is one powerhouse of a drummer. Just one more indication of what could be. For the song. Poor Kitty was a late addition to the line-up. One of those songs that takes a ridiculously short time to write. Like you’ve stolen something. Those are the craziest of gifts for a writer. You could wrestle with a song for an hour and get nowhere. In frustration, you take a breather and grab a coffee. Come back to the song in earnest and while tuning up you start bashing out a driving riff. Hey, that’s not the ballad I wanted to work on. I live for this stuff. What the hell, we can always come back to that stinky old ballad any old time we want. Plenty more stinky old ballads where that one came from anyway. It’s bash and pop time. The original demo posting was very sparse and the vocals rushed. To say the least. The songs were coming out like gunfire. Rapid succession. I didn’t want to lose the momentum but I also didn’t want to leave the song languishing on my desktop. Hell or high water, we add it to the working playlist. So. During the song’s infancy it hovered around the final slot. Because of the guide vocal track. When I finally got around to revisiting the track I realized the song needed to be closer to the front. Poor Kitty’s happy here. She’s found a spot. A new home, if you will. The cup may not runneth over but the saucer’s always full. Apparently the cows have come home … xoRJ

Tried to warn you last time
Careful walking on his landmines
Baby’s put out for the night … shoo, shoo, shoo
Everything is always grey
Nothing’s black and white … shoo, shoo, shoo
Soaked and looking in
A wayward rolling stone
Fending for yourself
Out there ’til the cows come home

Special Thanks to Apple Logic and Landr … Still an apple a day.
The usual suspects were abused: Fender, Martin, Gibson, Ovation, Gretsch & Hagstrom guitars. Amplification by Fender, Traynor, Marshall & Gretsch. As per the norm.