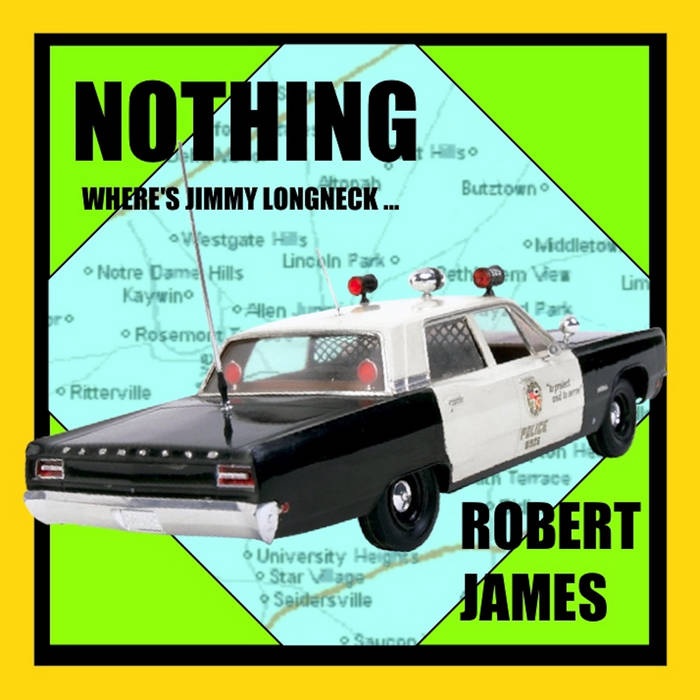 Nothing (Where’s Jimmy Longneck). One of two songs in my catalogue entirely married to my novel in progress “Back To Bethlehem”. What started out as a short story I wrote in High School has turned into a novel of sorts with at least ten chapters written to date. And all for Jimmy Longneck, an American draft dodger who picked me up hitch-hiking on my way back to the West Coast during my eighteenth summer. This song only skims the surface of the two weeks he spent hanging out with myself, my bandmates and my friends before circumstances forced him to make his way back to Bethlehem, PA. I've tried to give this song the structure and feel of what was happening on the AM radio stations when I was riding shotgun with Jimmy. Things might have turned out differently if Lolly and I had not introduced him to Cindy, our local sex and drug queen. Two addictive personalities feeding off each other. And always adding more fuel to the fire. Explosive to say the least. Thinking of Jimmy right now. And thinking about that unfinished novel. And it’s a bit sad. And so true, really. Old playmates don’t keep in touch … xoRJ

Old playmates don’t keep in touch
New playthings - he don’t like them as much
But there’s Cindy .. she’ll show him some fun
If he calls .. so he called

So Jimmy Longneck - he jumped in his car
With a rap sheet as long as your arm
Grabbed Cindy .. her cash and her stash
And was gone - he was gone

She went missing for weeks on end
We all searched for Cindy - and then
They found her in some woods by a stream
Dead as stone .. overdose

Got a postcard three months ago
It holds a secret only I know
Cheap soft-shoe - he dog me around
Every day .. still I say