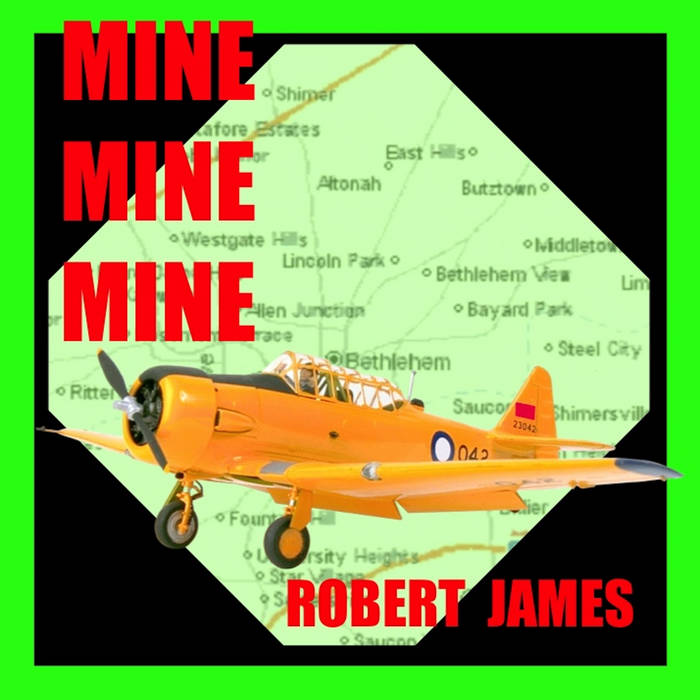 Mine, Mine, Mine. As far as the vinyl concept goes, this would be cut one, side two. That’s a pretty strong opening punch for a side two. And I guess that’s how it ended up being the sixth track in. Yes. I got all adventurous. Lofty ideals. Let’s do a slab of vinyl. Who’s your twelve-inch daddy? This was my original vision for this release. Yep, my first vinyl release. As Robert James. My last excursion into the vinyl world was back in the day. A song I recorded with Vancouver based K.T. Rouge. A song called "Fields Of Flanders" on the Waterfront Compilation double vinyl LP back in '84. I was nostalgic for a moment. Until I looked at the final tally in the cost department. No problem doing it now but the belt was pretty tight around the waist back then. This song started with the basic 'A' bounce and the music basically wrote itself. The lyrics (well, the first couple of verses) were part of a whirlwind story novel of sorts. Ten verses became two. And you'll never know just how much fun I had recording the riffs and guitar passages. The original demo featured a guitar sound that was more buzz saw than guitar. But tucked just under a clean guitar. So there’s that edge. Experimentation. Now that brings out the inner child. Ended up being pretty darn happy with this one. Nobody to blame anyway. In the end it rests squarely on shoulders. Mine, mine, mine … xoRJ

When you stare with the blues
I’m a little bit more than a bit confused
When I reach for a glass
I squeeze too hard and I cut my hand
So I fall to my knees
Pick up the pieces that are easy to see
Somehow, something still gets left behind -