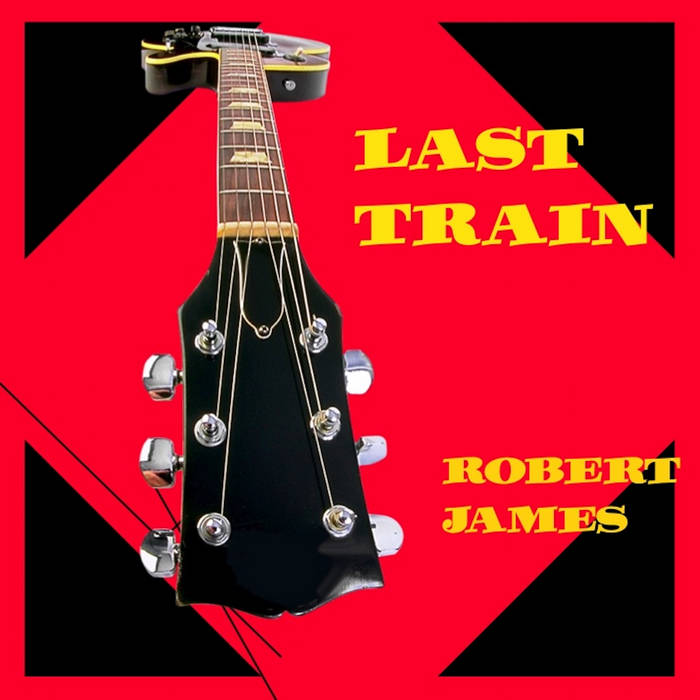 Last Train. Recording this one was a lot of fun. It should have been; it was recorded at Vancouver's Cave Studios. We tested these songs live and we played some great gigs. We called ourselves the Bad Carrots. There’s a bit of trivia for you. Formed as a bit of a lark really. Both THROUGH MY EYES and MASTER OF THE ZOO from our LIZARD ON A ROCK release featured members of the Bad Carrots. Let’s see; Richard (Dash) Trann on drums, Dave Pollock on bass and Marty Kinack and I on guitars. When we called it a day there was only Marty and I left to carry on and do the recording. So you roll with the punches. You have to. This seemed to be the theme before "Lizard". Progression is slow and frustrating when there's a band member to replace. Rehashing and rehearsing old songs before new ones can be introduced into the fold.
During this period I was writing like crazy, akin to where I am now, and it was always hard wanting to move on but making sure the foundation was intact. The revolving door policy was taking its toll. So this was refreshing and very organic. And I noticed the more I wrote, the rockier it got. Edgy. It felt good to leave the artsy stuff behind for a bit. So these last sessions would prove to be building blocks for the ‘Lizard’ album. If you want to get all wacky and time slot things then these last five songs should be played after the ‘Lizard’ disc. Just to keep the train on track … xoRJ

The pace here is frightening
And my baggage isn’t moving at all
I’m a wreck and I’m still not next
I’m standin’, watching time do the crawl

One more look at the lines on my hands
Those twisted little rivers of fate
There’s no doubt you won’t be hanging about
If I’m just a fraction of a second too late.

But call me if you want to
I’m resigned to the past
Hey, I lost what was left of my heart
And the rest of me is fading fast