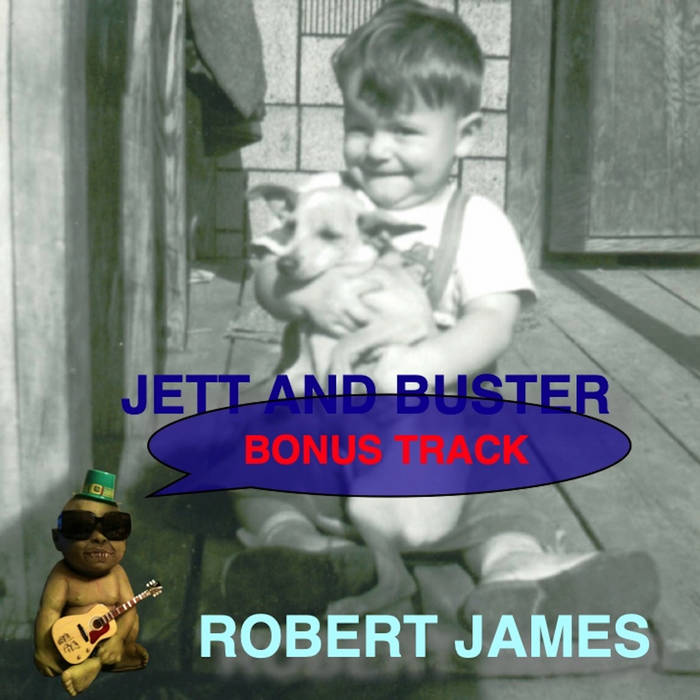 Jett And Buster (Bonus Track). Come back and stay, you got time to kill. Welcome to Saturday morning. Oh, your head may be pounding from last night’s festivities. A good Friday night will do that to you. Jett and Buster are all ready for their drive. Mexico. And a pit stop or two. Duluth, Minnesota, and The Alamo. Jett’s convinced he’s lived lives there. Mexico because he’s never been. And Buster? He doesn’t care where he’s headed as long as it’s with his best amigo. And another thing. Snacks. Oh, there’s dinner and other such things. But snacks with Jett are the best. Buster figures Jett has good taste in snacks. And he likes variety. Buster’s especially fond of Cheezies. And he’s thinking, just maybe, that Mexico is also a snack. Perhaps the biggest snack of all. Why else would Jett be driving?

And right about now Buster is confused. The voice singing on the truck’s radio sounds just like his master. As Buster looks out the side window he notices a deer just out from the tree line. He thought about barking. But decided not to. That snack was much too big. Besides, if his master thought the snack was worthwhile he would have stopped. Buster decided that this was going to be a long drive. There were clothes. He found an old familiar spot in the passenger’s seat and closed his eyes. He dreamt of Mexico. The mecca of all snacks. And the radio played on ... xoRJ

Well, I forgot about you a long time ago
Just one of the many girls I knew
Well, I don’t get around much anymore
Fancy that - bumpin’ into you

Yeah, I should be a saint … you know it’s been so long
I can’t lie and say you were the last
But I’ll bet you weren’t too lonely in that other world
I share a separate world there in your past