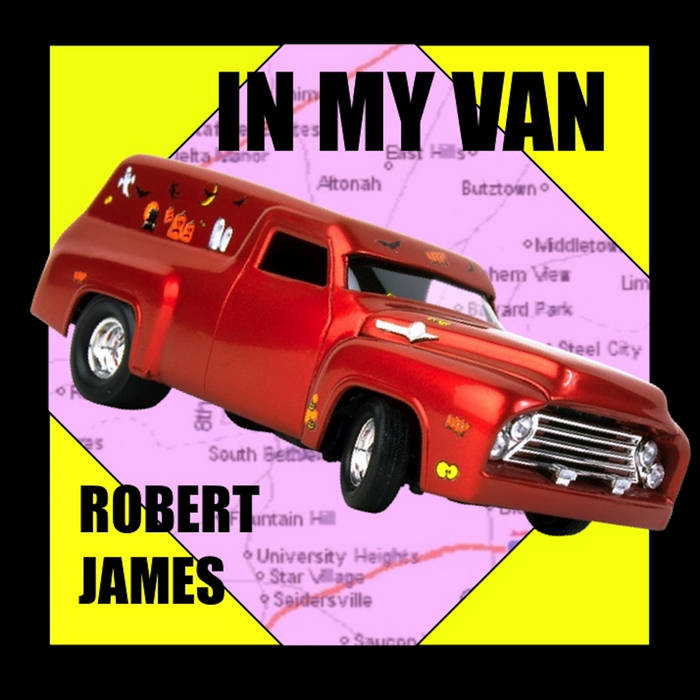 In My Van. I always wanted to write a song paying homage to my trusty steed, Alex. I had two vans. Alex #1 died shortly after I traded Dad for Alex #2. Alex #1 was a bit of a mess. A driving catastrophe of sorts. Three engines, breakdowns and some waiting on the side of the road moments but we never missed a gig or were late for one. Of course, when you don't have that much faith in "ol' reliable", you do tend to leave the shack earlier than normal. Two hours is plenty of time when you need to drive five or six miles to get to the show. Alex #2 fared remarkably better. Never a breakdown. Never a missed show. He died in late fall of 2019. Shortly before my brother passed away. And in front of my brother’s trailer, no less. As if to say, I could never let you down, RJ. Like the old Buck Owens song about Sally. Alex was a good ole’ girl. A bit of a cliffhanger ending for this song. And somebody always asks me if the guy drives away alone or not. If I was the character in the story I’d say no. I’d definitely say no. I’d keep that gas tank full. Alex #2. That’s the pony we’d ride … xoRJ

Wanna take you out for a spin in my van
Pack a lunch…. we’ll go for a drive if you can
I’d like to drag you where the warm wind blows
I’ll write your name in the sand
I’ll take you out to see, now - in my van

We don’t need much money
We can find our way along
I’ve been waiting forever for you
Holding out so long ...

I drive you home or we just drive away in my van
It’s getting late; let’s make our escape while we can
I’ll drive to where the warm wind blows
You think of beaches and sand
Or do I drive away without you in my van

We don’t need much money
We can find our way along
I’ve been waiting forever for you
Holding out so long ...