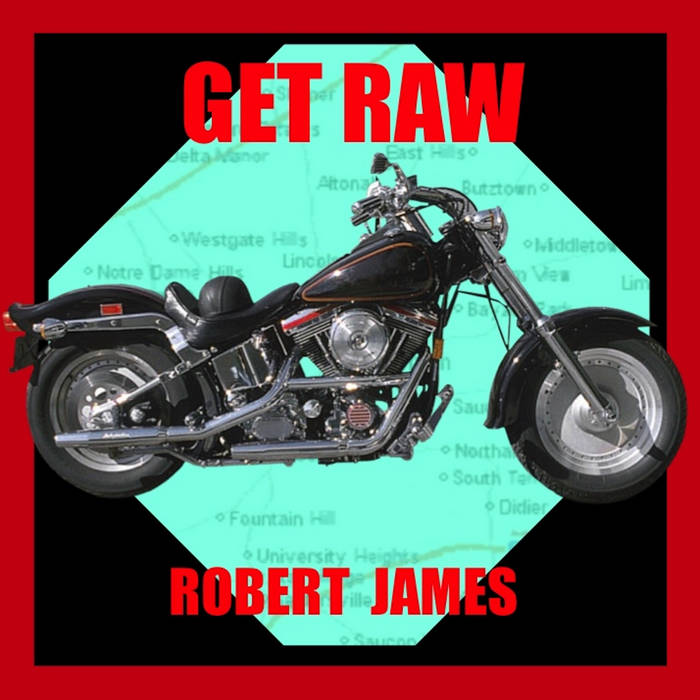 Get Raw (Midnight Mix). The song that started it all. It's not really that the CD is an offspring of the video, it's just that the video presented itself first. What the hell, I've never really stopped recording after Lizard and this song was stolen anyway. An earlier number I penned called RADIO CITY is actually where I lifted the opening bass pattern from. Ironically, I was writing a third and final verse for 'Radio City' when I entered the wrong tempo and pattern on the drum machine. Way slow and sexy. Baby, I jumped in. There are three versions of this song, the video edit that accompanies our DVD release, and of course, the extended mix. The extended version is languishing in the vault ... the seven minute songs seem to have had their day in the sun. The original demo, however, is an absolute scream. My manager Malcolm popped over with his girlfriend one Friday night. I had just recorded the scratch vocal track and was about to add some backing vocals. So Uncle Mal shows up with his friend Stacy Bestard. We have a few bevies and he proceeds to talk her into adding a few vocal lines. You can hear him coaching in the background. Priceless. Sadly, she passed on the studio sessions. Meori would step in, leaving Stacy off the hook. In the end we got our Midnight mix. Good enough. All’s well that ends … well ... xoRJ

Special Thanks to:
Pro Tools and Landr … a worthy righteous combination …
The usual suspects: Fender, National, Gibson & Ovation guitars.
Amplification by Fender, Traynor, Marshall & Gretsch.
Special Thanks to Malcolm Summersby. MAS design.
Walter & Meori for sitting in. Truly appreciated!
As always, my three F’s: Family, friends and fans. You cats rock.
Most of all this is your album.
Which reminds me … Uncle Mal, I still have your camera.
*To see individual track listings and album art
please click on the song title …