Everything Under The Stars 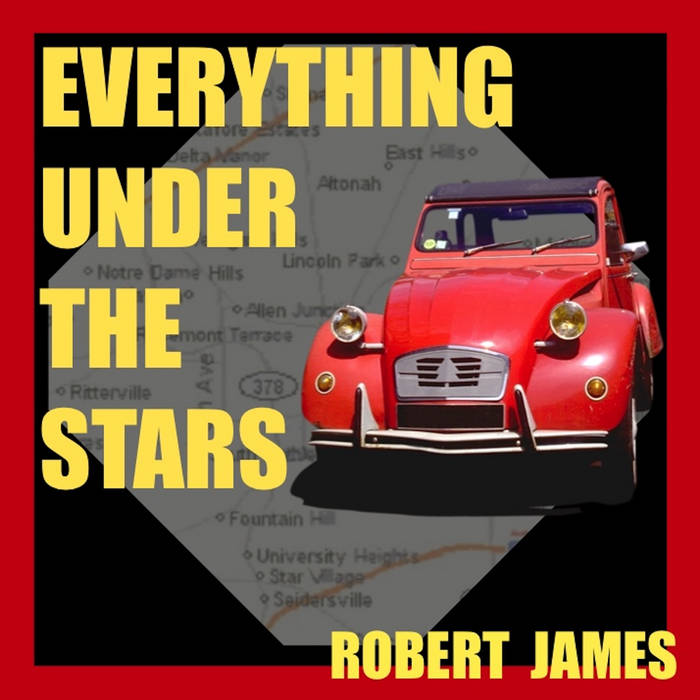 Everything Under The Stars. I love playing this one. Everything flows nicely. It has that RIDE WITH ME feel. I have fun in the park with this one. I have this favourite bench on a hill overlooking a baseball diamond. The acoustics are deadly. Most excellent. The best time to play this song there? It's dusk, night's comin' - there's that slight dampness on the guitar strings and then you strum the Em. Funny thing, I'm usually alone when I start this song - but end up with a large crowd when I finish it. If I do manage to find my way back to Vancouver I’ll have to make a point of stopping off. Sit on that old bench if it’s still there. Strum the guitar. Say hello to my old stomping grounds. And everything under the stars … xoRJ

“I didn’t want to have to tell you, but somebody has to do it
Everything falls apart for a reason you should know that
But tonight it doesn’t matter ‘cause everything’s a little starry out there
Reminds you of a song you’ve heard before but can’t remember where
You want to know the secrets of things you can’t control
The answer’s in yourself, so grab on or just let go

Special Thanks to:
Pro Tools and Landr … a worthy righteous combination …
The usual suspects: Fender, National, Gibson & Ovation guitars.
Amplification by Fender, Traynor, Marshall & Gretsch.
Special Thanks to Malcolm Summersby. MAS design.
Kevan Van Keith for the spoken word section. You rock.
As always, my three F’s: Family, friends and fans. You cats rock.
Most of all this is your album.
Here’s to that old park bench. A view from Heaven.
*To see individual track listings and album art
please click on the song title …