All Of The Things 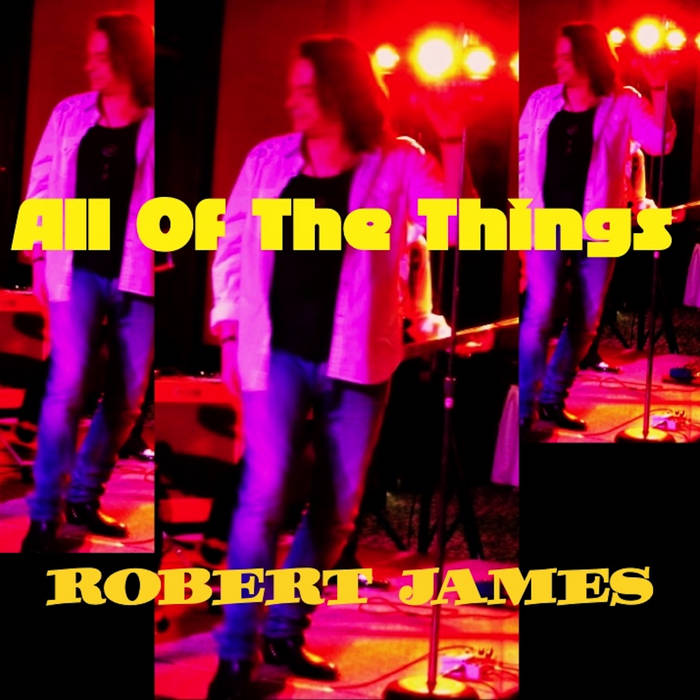 All Of The Things. Picture me a day, I’ll make it that way. My tip of the hat to Paris, France and all things French. Romance. Mama Gisele is French. Perhaps this one could be dedicated to (but not written for) her and my grandmother. My grandmother loved this style of music. The verse bounce in this song was lifted from the vault. A little guitar jangle pattern I’ve played for years. It surfaces when I get bored. This time I stuck with the pattern and eventually stumbled upon the intro pattern. Lyrics seem to come a lot easier for me. But I’ve noticed that’s now starting to change. Because I’m eating, sleeping and breathing music now. I love to put in a lot of overtime at my new day job. Which is absolutely not a job at all. But back to our Paris. Perhaps two decades ago. Quaint. It works for me. Street musicians smoking Gitanes. Wearing berets. Accordions and guitars on the street corners. And a little old man doing a sketch of you. Even the mangy dog at his side looks at the sketch in wonder. I doubled up on the twelve-string parts for this song. I had used the White Gretsch twelve-string on the “Parade” album so that was pretty much a no-brainer. I wanted to color up the sound up so I decided to add an Ovation twelve-string that I had recently purchased. Black Beauty. And then added a 6-string Ovation that I had decked out in Nashville tuning. The six-string Ovation in question is the ’84 anniversary model. Quite the little heartbreaker when she’s restrung and in her Nashville element. Belle of the ball. “All Of The Things” arrives courtesy of the lifeboat edition. So other than the verse bounce I mentioned earlier, she’s a fresh gal. There were some happy accidents during this song’s recording sessions. While listening back to the accordion tracks I decided they needed a bit more life. So I added a harmonica track and blended them all together. I don’t hear it anymore but I know it’s there. There’s more life and breath there now. I needed a bit more research so I studied the five or six Maurice Chevalier songs I had in my library. I absolutely adore that man’s music. The carefree style and attitude. Let’s strive for that. Okay. Now back to work. My original posting of this song did not have any backing vocals. Not a one. So we cleaned up all the tracks and added the backing vocals before final mixdown. And somehow we managed to stay away from the oohs and aahs. These are the magical moments in the studio. The nights where you wish no one had to leave and you could keep recording all night. We didn’t get that far but we managed to burn through a good chunk of the evening. And, oh yeah, we drank a bottle of French red wine when we listened back to the final mix. All that was missing was the candle and the checkered tablecloth. No matter. All the angels danced around the table. All for the things that you do … xoRJ

I .. I have known .. you are golden, my girl
And I have been waiting for you
Oh I’ve seen .. I believe to my soul
Your magic will always come through

I .. I lose count .. can’t keep track
Of all of the things that you do
Oh, I smile .. and I see in your eyes
That magic will always come through

I .. I stand here .. just in awe
And witness the things that you do
Every day .. I’m amazed and I know
Your magic will always come through

All of the things that you do -