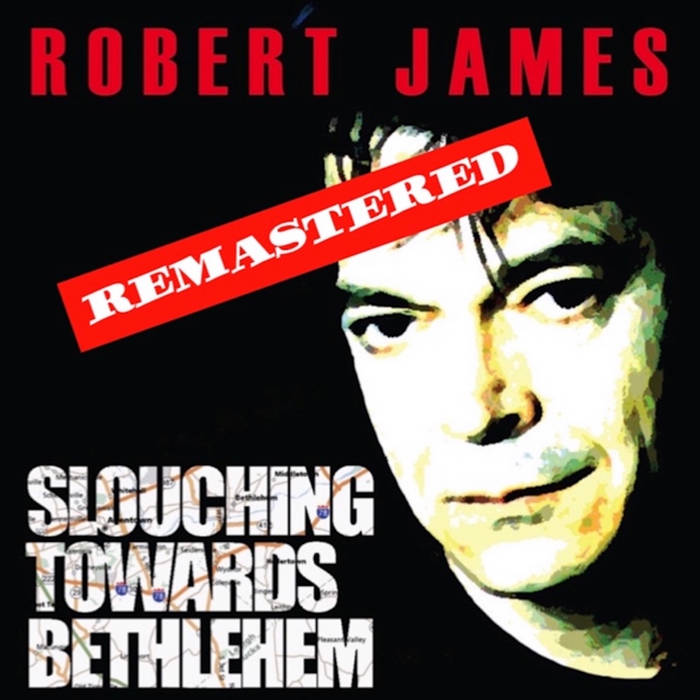 Slouching Towards Bethlehem. Remastered. The originally release and its songs can be found through CDBaby, Amazon, Spotify & Apple. This remastered version is exclusive to this site. I thought about a re-release but decided against it. Make it something special for the fans that wander by here from time to time. A proper commercial re-release would entail a proper remix. Meaning I change up the sounds and colours. And then I’m sure I’ll start adding things. Looking back in hindsight things. And that’s a no-go. There’s too much on my plate as is. This is something I can do when I’m ninety, all strung-out on nursing home medications. Ha! I better win the lotto so it’s all done at my house. “Beth”, as I lovingly call this album, was a joy of an album to make .. even with everything in transition. I remember finishing off the mixes at Mainline Sound and then either rushing to work, to my rental home or to my new home which I had just purchased. So .. vacating an old residence and moving into a new one. My first property purchase. I actually got more planning done at the rental home. So much construction and re-modelling going on at the new home. “If I think I might drown, grab at straws when I’m going down …”, to quote a line from a song I heard somewhere. I thought of "Beth" in terms of it being a vinyl release. Basically side two starting with MINE, MINE, MINE. A bit of juggling may or may not have been necessary to make it work. It still may happen down the road. But bring in the bells and whistles brigade. Oddly enough the album is totally based on a story I wrote in High School. The song, "Bethlehem PA" was written for the album, and in fact is the cornerstone of the album. The song is pretty much the entire story condensed. The story "Back To Bethlehem" will surface on our website in due time. In a section I’m hoping will be called ’StoryTeller’. The story is a great ride, you'll love it … I promise. Oh, you can bet "Uncle Mal” (Malcolm Summersby, my manager) had a chuckle when I showed him the final song roster. "Where's Bethlehem PA .. I don't see it on the track listing .. isn't that why you named the album in the first place?". That’s just crazy talk, Uncle Mal. Yes, this was our baby. Every day he had a new cover design for me. I miss that man. I hope you'll enjoy this album. We had such a blast putting this together for you. And as always, inspired by the muse … xoRJ

Special Thanks to:
Pro Tools and Landr … a worthy righteous combination …
The usual suspects: Fender, National, Gibson & Ovation guitars.
Amplification by Fender, Traynor, Marshall & Gretsch.
Special Thanks to Sid Perez for getting her done. Bravo.
Malcolm and The Kingsway Group. Getting tighter.
Kevan & Mark: Thank-you my friends. True spirit.
Emily Trann: A beautiful statement! See? Nothing to be nervous about.
Meori: Video did not kill the radio star. Our video queen.
Walter Fuschetto: A stone groove, my man ...
As always, my three F’s: Family, friends and fans. You cats rock.
Most of all this is your album.
*To see individual track listings and album art
please click on the song title …