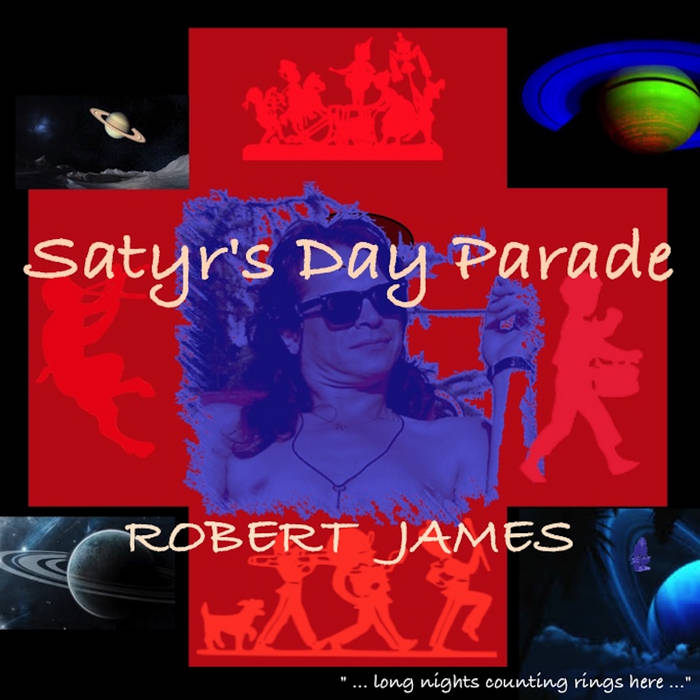 We had finished the "Beth" album and Malcolm, my manager, and I were listening to some of my old board tapes from back in the day. "Bert" he says in his best Bromley accent ... "no poncing about like jack the lad … next album, back to the roots." He would have loved Satyr's Day Parade. I began the album in Vancouver but would never finish it there. As it turned out Thursday's child had even further to go. To where? Wetaskiwin. Where? Alberta. Where? The heart of nowhere, many thought. A regrouping, a homecoming for the heart. I needed it. Or quietly waste away in a 655 square foot box I'd never completely own. So off to Alberta.
But .. in an odd sort of way .. back to the roots. I hope you'll enjoy listening to this as much as we loved making it. My fingerprints are all over this album so I have no one to blame but myself. And oh, to be seventeen again and have this stuff .. But like Malcolm used to say .. "Life's good, keep it coming .. blesses, the music lives on. This album is dedicated to Dad, Malcolm and to all the loved ones I lost in life's trenches. And if there's one song on here that you really have to hear twice - well - you've made me very happy. Blesses to the Muse. And Malcolm? ... It's your parade day ... xoRJ

Apple Logic and Landr … and of course, Jon John the Sky King
The usual suspects were abused: Fender, Martin, Gibson, Ovation, Gretsch & Hagstrom guitars. Amplification by Fender, Traynor, Marshall & Gretsch.
Special Thanks to Phil Coelho @ radial engineering. And the gang at Landr. You cats rock.
Family, friends & fans .. beside me through it all .. when I didn't think I'd make it, you knew I would.
Most of all this is your album.
*To see individual track listings and album art
please click on the song title …