Piece Of Your Ghost 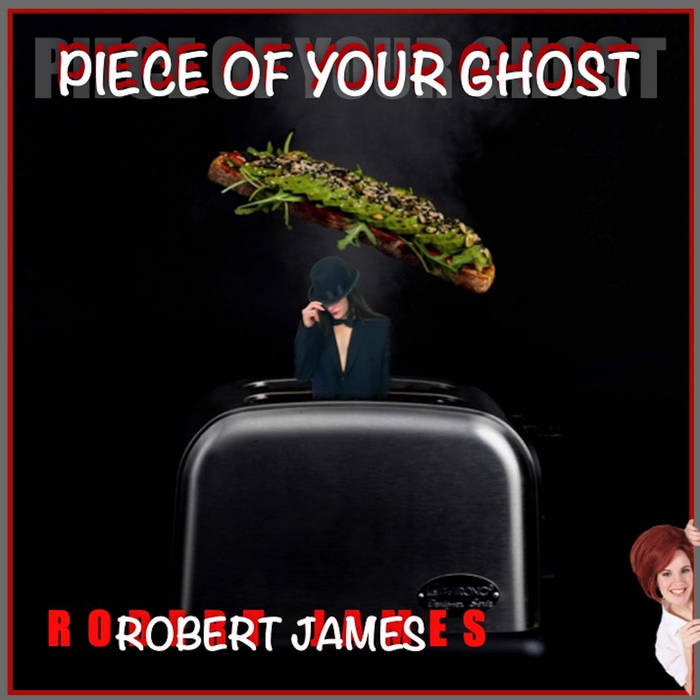 Hello. And thanks so much for stopping by. Well, here it is. Our seventh full-length release. And the first with our new label, HOH Records. I hope they’re happy with this first offering. They’ll have to be. This album has had many setbacks. Let’s face it. Isolation has been paramount as of late. And my health was an issue. You’ve found yourself reading this after our June 18th, 2021 release. As I write these notes, it’s June 10th and release is just over a week away. Next Friday to be exact. Gee. Everyone you know loves Friday night. I’m listening to some of the new mixes. But look at you. Jack the lad. Listening to the finished album. You’ve got me there. My health proved to be a major factor delaying our March 23rd release plans. I’m back to my usual self now and firing on all cylinders. But. Major setbacks. Two false starts. January 10th (it’s now a late birthday present) and March 23rd. Ah well. Third time’s the charm. I’ve heard that somewhere. If you’ve been following along for some time you’ll notice that we swapped a few ghosts. Sent a few packing back to ol’ SWEET TOOTH. Needless to say, the dentist bills there are piling up. And yes, a funny thing happened on the way to release day. I had plenty of time with pen and paper to make a few notes. A recuperating couch potato with a pen. Dangerous. Deadly. So I reviewed. Reviewed. Rejected. Revamped. Re-designed. (Gee, you’d think there was a Mercury Retrograde or something …) I’m so glad I did. I tore that playhouse down. I ended up losing a few key songs. And managed to write a few new ones to replace them. I tried to stretch out a bit. I won’t get into the framework of the material presented here. You can discover that for yourself by clicking on the song’s link and ending up on its page. There you’ll find the song’s liner notes, credits and custom song artwork. You’ll be privy to all the dirt. A very special thank-you to HOH Records for lending us their in-house art department. And so we welcome Mark, Don & Mel from the Hirografix camp. Kudos, boys. I’m not yet spoiled and therefore do not have the luxury of hearing the final release. But soon. But I’m so excited about what I’m listening to at the moment. Hopefully, you’ll hear what I’m hearing. It feels good. Angels and intuition tell me this is the right time. A very important thank-you to the gang who rolled up their sleeves and helped out making this album. All the way down the line. Your cheque is in the mail … no foolin’. If you’re listening to Song 12, I humbly thank you! You decided to purchase the Digital Album. Song 12. Our official ghost track. An exclusive. Never been heard before. And it won’t appear on any of the e-tailer’s shelves. How cool is that? Sorry, I get to hear it for free. And a bit torn. A fine song that may never be heard. But. Big deal. After all, this album is indeed lucky number seven. And that, ladies and gentlemen, is no alternate truth.

And so I humbly apologize for the album's delay. If you’re new here you’re thinking no big deal. Whatever was near is the now. Jack the lad again. There’s probably a ghost here for you somewhere. I’ve corralled enough of them. I didn’t manage to get them all. CandyLand’s far too big for that. The obvious ones are gone. Cupboard ghost? Gone. Closet ghost? Gone as well. Shower ghost? Took a few racy pictures, but … gone! The ghost scaring all the neighbours with telephone calls? Reform school. That pesky one in my toaster? I couldn’t get it out. So I donated the toaster. And bought a shiny metallic red one. A regular Rolls-Royce of a toaster. I had to pay a little extra. Anti-ghost technology doesn’t come cheap. Neither do those ghost heat sensors. Yep, back to my bad old self. Lately I’ve been scouring the city for fireworks. The loud kind. There’s a big day coming. Third time’s the charm? And album number seven? Lucky number seven? I’ve also heard that somewhere. No matter. It’ll be a blast. Fingers crossed and matches ready. And if there’s only one thing I’ve learned it’s that fireworks are all the more spectacular after a long dark night. Be ever the optimist and be … LOUDER THAN SEATTLE … xoRJ

RJ: Lead Vocals, Acoustic & Electric Guitars, Acoustic Piano
Astrid Ash: Bass Guitar
Rhett Black: Drums & Percussion
Beaverdell Humes: Keyboards, Horns & Strings
Backing Vocals courtesy of CandyLand Glee:
(RJ, Astrid, Beaverdell & Rhett) Percussion when needed ...
Guest Artists (including but not limited to):
Catlin Hawley: Bass Guitar on MISS MALLOY & F-F-F-F-FOR YOU
Stan (Rollo) Brollo: Accordion on OUT TO SEA
Jett Black: 2nd Acoustic Guitar on OUT TO SEA
Sal Paglisi: Horns on RIVERSIDE ROCKROLL REVIVAL & HEART BY HEART
(Young) Steve Douglas: Clarinet on (Ain’t Got) YOU BESIDE ME
Special Thanks to:
Catlin, Stan, Sal, Steve & Jett for sitting in and helping out
I’m trying to imagine all these cats at one session …
There’s a ghost story or two for you.

Cakes, cookies, sweets & treats: SugarMountain Confectionary
"Oh, to live on SugarMountain ..." They paid me to say that ...
Coffees and Teas: Tiff’s Teaze & Coffee
Rhett & Jett Black, Beaverdell Humes appear courtesy of
Meet The Blacks and HOH Records.
A division of Horace Media 2021
Special Thanks to Hollis Kinglan and HOH Records
Art Direction and Cover Design: Hirografix
Thanks to Mark, Don & Mel @Hirografix
COVER PHOTO:
Gratitude and thanks to Sara-Julie on UpSplash for the toaster pic!
Things are popping … no models were toasted … disclaimer.
SONGART PHOTOS:
Heartfelt thanks to Marina Shapovich for lending us her pic for “Miss Malloy”
Sofia Szalay for her photo gracing “Poor Kitty” ... meow!
Zoltan Tasi for his beautiful artwork on “Out To Sea” … parrot optional …
Find my friends on UpSplash … don’t be shy, say hi …
All other photos stolen by Hirografix from the James collection

Special Thanks to Apple Logic and Landr … Still an apple a day.
The usual suspects were abused: Fender, Martin, Gibson, Ovation, Gretsch & Hagstrom guitars. Amplification by Fender, Traynor, Marshall & Gretsch. As per the norm.
Sennheiser, Shure and a bevy of ancient beauties …